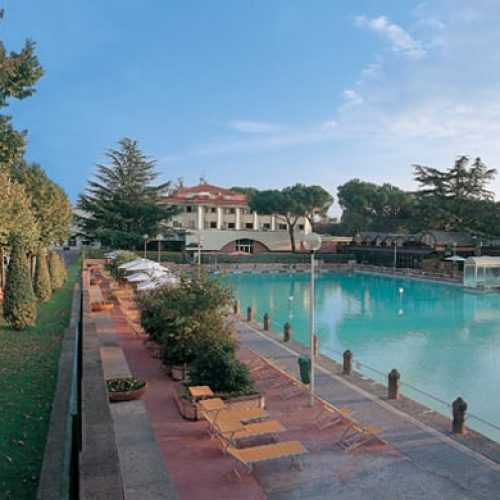 The “Terme dei Papi” in Viterbo, known and utilized since the Etruscan times for their extraordinary therapeutic properties, were particularly valorized by the Romans.

The remains of the roman thermal baths, expand for 11 km (7 miles) along the Cassia road, in the suburbs of Viterbo, reaching a peculiar importance near the three main thermal areas: Aquae Passeris, Paliano and, the most important, Bullicame.

In medieval times, the spas became a favored destination for many popes. The spas were named “dei Papi” (“of popes”, literally) due to Pope Niccolò V. He found such a benefit for his illness, from these waters, that in 1450 gave the order to build in that exact location a wonderful palace, so that he could have a place to stay in case of need. Later in the years, Pope Pio II promoted other works of renovation and modernization of the important thermal building.

The high temperature of sulfurous water, rich of sulfur salts, calcium bicarbonate and magnesium, allows to have pleasant baths even in the middle of winter.