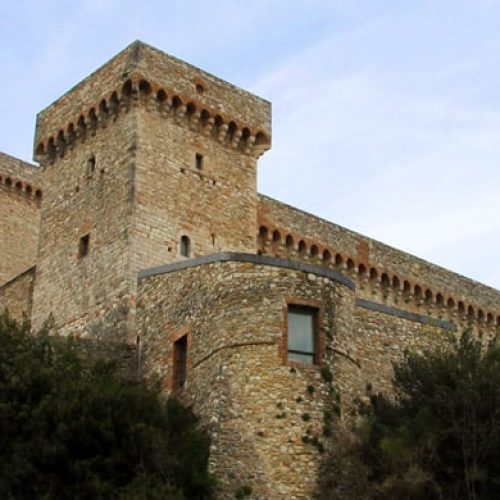 In 299 BC, the ancient Umbrian town of Nequinum became a Roman Municipality and took the name Narnia. Narni used to be an important strategic point as the town was well connected to Rome by the Via Flaminia. Narni still preserves a striking, authentic medieval appearance: one of Narni’s landmarks is the Rocca di Albornoz (Albornoz Fortress) that dominates the town from the top of the hill where Narni lies. The town is also famous for its Roman bridge (Ponte di Augusto) whose remains have been source of inspiration for writers and painters. Other places of historical interest include an aqueduct build by the Roman Emperor Marco Cocceio Nerva, the Duomo (Cathedral) and the churches of Santa Maria Maggiore, San Domenico e Sant’Agostino. In the heart of the town, the Eroli Museum, hosts a Domenico Ghirlandaio’s altarpiece and, beneath Narni’s pavement, the underground city is open to the public offering guided tours that explore the mysterious past of this hidden part of the town. The main event of Narni’s calendar is the Corsa all’Anello held in honour of the Patron Saint, San Giovenale. The event consists in an historical re-enactment of the medieval festivities in honour of the Saint and its splendour constantly attracts visitors nationally and internationally. With its strong cultural heritage and its authentic medieval architecture, Narni is an historical landmark of extreme importance and rare beauty not to be missed.

“The search for truth is more important than it’s posession”(A.Einstein).
This has been Narni Sotterranea’s objective since 1979 when six young spealeologists, during an expedition around Narni, met with an old gentleman who drew their attention to an opening in the ground which could be explored. Their descent brought to light a treasure, the long forgotten rooms of the ex domenican convent of santa maria maggiore , abbandoned just after the unification of italy then partially destroyed by world war two bombardments.

You will be accompanied in a world of cultism, behold Roman cisterns, walk ancient aqueducts, admire byzantine mosaics, and visit the prisons of the holy roman inquisition, where a cell still shows the graffiti etched into the walls by a mysterious inmate, Giuseppe Andrea Lombardini, a legacy of his imprisonment, it shows both his fears and his love of knowledge.

The visitor will be immersed in the secret rooms of the domenican convent, discovering a page of history hidden for centuries now brought to light.