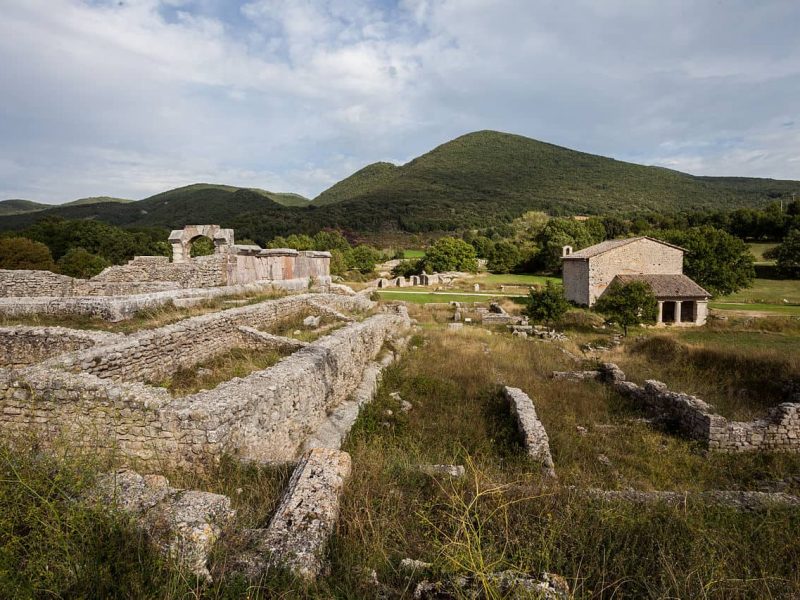 In this rich and active old center, designed during the Augustan ages, the remnants of the main public, civil and religious monuments are still visible.The latter is positioned along the Via Flaminia, which entered into the town through the monumental Arch of San Damiano.
The Via Flaminia urban stretch constituted the “Cardo Maximus”—main axis, from north to south, in Latin. It was paved with large blocks of stone called basoli and had edge-stones on the sides functioning as sidewalks and gutters to drain water. The water supply was provided through some Cisterns, one of them—after having had several different functions—has been transformed into a Antiquarium.
The medieval Church of Santi Cosma e Damiano, built on a pre-existing Roman edifice along the Via Flaminia, testifies to the spreading of Christianity. This construction has been used as a depot of archaeological materials for a long time, and in recent times has been recovered and transformed into a display structure.